Friendship results in ‘hooksets from heaven’ 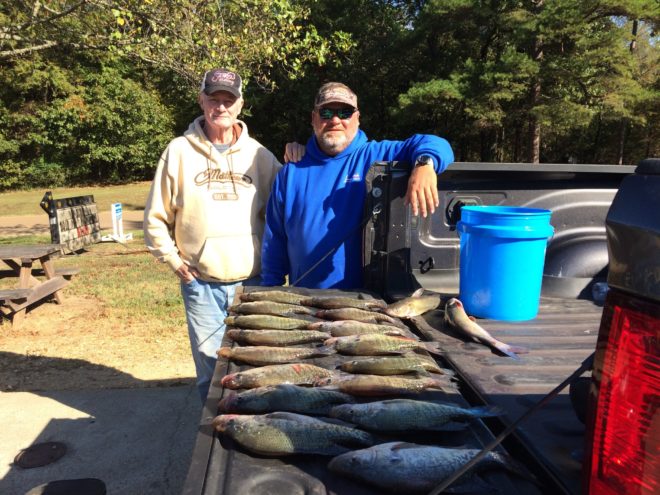 Such was the case with the friendship that developed between two gentlemen separated by a few hundred miles, one from Kentucky and one from Mississippi, but linked by a litany of common interests. Fishing was an integral part of their time together, but the connection went far beyond putting a crappie in the boat.

From a chance meeting at a gathering of crappie enthusiasts in Mississippi to subsequent fishing trips, extended visits, and shared interests and experiences, the relationship developed to the extent that the pair seemed to be lifelong friends, even like brothers in the words of Don.

But unlike many such friendships, this one was definitely short term. It was not a “we’ve-been-friends-since-childhood” type of relationship typical of close friends. Jere Hughes, of Kentucky, and Don Fields, of Mississippi, first met in 2017 at the Crappie.com CrappieFest centered around the Big 4 lakes in the central part of the state. They fished together several times, including in 2019 with ACC Crappie Stix pro staff member and guide Tim Howell.

Tim’s inclusion in the scenario, while a sidebar to the overall friendship, became more significant as the story unfolds. While the specific rods were of minimal importance early on, the ACC brand later became a symbol of the depth and the quality of the friendship.

Jere does not refer to them as “ACC” but rather as those “green rods.” How does something as mundane as a fishing rod figure into the best of friendships? They became so significant, in fact, that upon Don’s death in 2020, Jere learned that his cherished friend had willed his set of ACC Crappie Stix trolling rods to him.

In August of 2017, Jere and Don met at CrappieFest and quickly became more than just casual acquaintances sharing tales of crappie caught. Instead, they soon learned of the common interests that they shared, not only a love for crappie fishing but also hunting, shooting, and something a bit more out of the fishing box, cast iron cooking.

“He told his wife that ‘he’s my brother’,” said Jere, a retired policeman from Fulton, KY. “It’s just uncanny (how many similarities we had) to be honest with you.”

Part of CrappieFest each year was a communal meal among participants on one of the final days of the event. Among other things, the cobblers the pair prepared in their cast iron became legendary.

“People say this about food at times, but the cobblers they made in those Dutch ovens were the best I’ve ever eaten,” Tim said.

The pair first fished with Tim as part of his Long Branch Guide Service in October of 2019. On the trip, Jere – short for the Old Testament prophet Jeremiah – got his introduction to the ACC trolling rods. Don, from near Tupelo, MS, already owned a set and used them exclusively when fishing on the famed north-central Mississippi crappie lakes, his favorite being Enid.

“I wanted a set of those rods,” Jere said, “but couldn’t find one. They were in short supply, and I finally got a good deal on a set of Denalis. At the time, I just couldn’t get the full set of ACCs.”

Jere and Don continued their long-distance friendship, sharing texts and phone calls and visiting on occasion.

In the winter of 2019-20, Don booked and paid for another trip with Tim the following spring. It never happened

“Just to show you what type of guy he was, he had already paid for it, sent me a check,” Tim said. “He called me a month or two ahead of the trip and told me he didn’t think he would be able to make it. He wasn’t one to carry on, but I had the sense his health was declining.

“I told him that I wouldn’t cash the check, and he told me that he’d never talk to me again if I didn’t cash it. I finally cashed it and told him he had a fishing trip waiting any time he wanted to take it.”

Don passed away September 7, 2020, but not before a final visit and fishing trip with Jere. 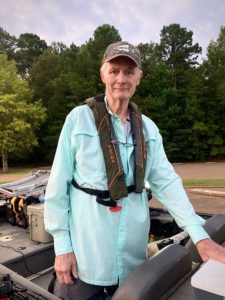 “We talked and his wish was to get in another trip,” Jere said. “Normally he pulled his camper up to Enid, but he told me he didn’t think he could do it. I said, ‘That’s no problem, I’ll rent a cabin.’

“He told me, ‘If you can get me in the boat, I’ll fish with you one more time.’ He also told me that he wasn’t sure if he could get in the boat, but I told him whatever it took, whether that meant taking off every rod holder and using a ladder, we would get him in the boat.”

Don was rewarded with a quality trip, “his last one, his last fishing sunrise,” Jere said. They fished on the east end of Enid Lake in Billy’s Creek near Water Valley, MS.

“It was remarkable because that was the only time that he fished that year. He usually fished all the time. We had a great trip. The next morning he said he didn’t think he could fish. We sat there all day and just talked and then he drove home.’

Less than a month later, Don passed but not before a final visit from Jere.

“He called and told me they were putting him in hospice and could I come visit,” Jere said. “I told him I would be there.”

“I got the call from his son, Haley, that his dad had willed me those rods, the rods and a left-handed bolt action rifle. We’re both left-handed, another of those similarities.

“It’s just something you cannot describe. The deepest of emotions carry no words. You either experience them in your life or you don’t. I just feel like I received one last great gift from my buddy.”

In the meantime, Jere had finally been able to order a full set of the ACC trolling rods.

“They were on the way,” he said, but now he had two sets of ACC rods. He sold the Denalis without ever using them. “The (ACCs) that I ordered came in, and I put them in the rafters. I’ve never used them.”

The story doesn’t end there. Earlier this month, Jere took another trip with Tim. He sat in a place of honor – Don’s normal spot in the right seat on the front of Tim’s boat. Jere was also able to achieve a life-long goal, catching a three-pounder. The crappie weighed 3.04.

“When I spider rig, I always use them and always think of Don,” Jere said. “Whenever I catch a fish on Don’s rods, I feel like I’m getting a hookset from heaven, a gift from above.”