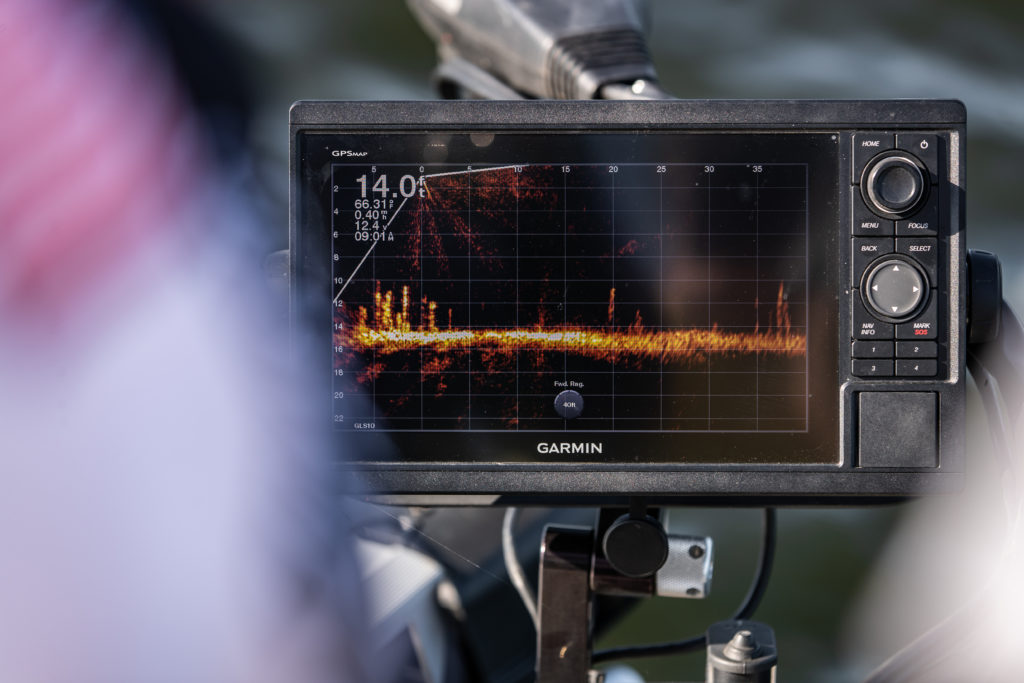 Garmin shocked the fishing world when it introduced real-time electronics technology in 2018.

Christened Panoptix LiveScope by its developers at Garmin, the revolutionary technology became a tool for fishermen everywhere. In particular, crappie fishermen adopted the new electronics and deployed it immediately. Users saw it as a weapon that enhanced their overall arsenal and improved their fishing efficiency greatly. Skeptics, whatever their motivation, called it cheating.

Humminbird, another giant in the electronics world, took a more deliberate approach and only recently revealed its own technology to compete with LiveScope. Labeled Mega Live Imaging, the latest Humminbird unit was revealed at the Mr. Crappie Classic Expo about a month ago.

Three years after LiveScope burst on the scene and shook the fishing world, especially competitive crappie fishing at every level, consumers have a choice, Garmin Panoptix LiveScope, Lowrance Active Target, and Humminbird Mega Live Imaging. The comparisons began early on between Garmin and Lowrance and escalated with the introduction of the Humminbird version.

Which brand is best? A definitive answer is probably not available although users — and especially the marketing departments pushing the various units — tout their favorite. Like most products, each brand has its advantages and ultimately few disadvantages when used to its fullest potential.

Over the course of several weeks, I scoured the Internet, viewing and reading just about every comparison available. I spoke with members of the ACC Crappie Stix pro staff and other electronics gurus about the options.

Because Humminbird and Lowrance arrived after LiveScope, few people have taken the time to compare the various versions. The attitude is almost like “LiveScope is incredible. Why mess up a good thing?”

More and more people on almost a daily basis are taking a look at the options to the point that some people are installing two different versions on their boat. I fished with a well-known angler a couple of weeks ago who had a Humminbird graph under a Garmin. The Humminbird was not functional, however, because of some update issues.

One ACC staffer who has experienced Humminbird is Fred Mooney of Full Moon Guide Service in Illinois. Fred has used LiveScope on his boat for about two years but fished with a friend who had recently installed a Humminbird.

“I think the two units are very, very comparable,” Fred said after a successful trip with his friend, “I mean neck and neck in what they are capable of doing. I do believe the Humminbird has a little cleaner picture, a little cleaner slate.

“With my Garmiin, I get what I call ‘fairy dust’’ all over my screen. You don’t have that on the Humminbird, just a nice black, clean-looking screen.

“My first impression: I was very impressed by the (Humminbird) unit. There’s no black box involved. It plugs directly into the head unit.

“Physically, the Humminbird appears to be built better than Garmin. The quality is there.”

Do that mean Fred is ready to order the Humminbird? Not exactly. The apparent ease of use of LiveScope is one consideration for him.

“I’m mainly adjusting depth and distance, and that’s a little slower process with the Humminbird,” he said. “I’m constantly changing my distance and the same thing with my depth. It’s a little more cumbersome on the Humminbird that it is on the Garmin.”

Explaining his “cumbersome” statement, Fred noted that adjusting the Humminbird unit involves entering a menu and making adjustments, unlike the quicker push-button/dial adjustments of LiveScope.

Oklahoma guide, tournament competitor, and electronics expert Jeff Cook (Mojo Guide Service) notes some of the same ideas. Cook said he has long been a “die-hard Lowrance user who had a hard time going to Garmin” a few years back. He said, “I’ve seen Humminbird but not used it.” He said he has extensive experience with both Garmin and Lowrance.

“Essentially, it doesn’t matter whether it’s Lowrance, Humminbird, or Garmin, the technology is all the same, identical,” Jeff said. “The main benefit of the Garmin is that it is easier to use. It’s user friendly and you have more options. It’s easier to operate.

“Now we’ll get to the fishing side. When you’re crappie fishing, am I going to catch more fish using  Garmin vs. Lowrance or Lowrance vs. Garmin? Man, it would be negligible. It would be minimal. You’re seeing the structure (on both). The structure looks very similar. But I personally feel the detail is better on Garmin.”

Fred, who acknowledged that he hasn’t had time to explore all the options on the Mega Live Imaging, said there is still plenty to learn about the newest “live” technology. He also added that he would like to see the Humminbird on a larger monitor to determine if that made a difference.

“On the Humminbird there are some options for changing the angle of your view, which gives you a little more versatility in shallow water or deeper water. It’s not just one set, certain degree like Garmin. You can change the degree of tilt in the menu.”

The price of the different brands does not appear to be a major consideration. They run roughly the same depending on the deal and the graphs used in the overall package.

While just about everyone points out obvious advantages for Lowrance and Humminbird in other electronics features like mapping, side-imaging and down-imaging, most comments eventually revert to the image when discussing “live” features.

“I don’t see an advantage there with the Humminbird,” Fred said.

“It’s Garmin hands down,” Jeff said. “I’ve set up the other units on boats  for some other guys, and then they will get in the boat with me (using Garmin). They are blown away by how much clearer and more detailed the LiveScope is than the other units.”

With that said, all the units are good options and ultimately come down to personal preference.

“I would never tell someone to take a particular unit off their boat,” Jeff Cook said. “I do think there is a little more detail in the image on the Garmin. They are the leader of the pack, love it or hate.”