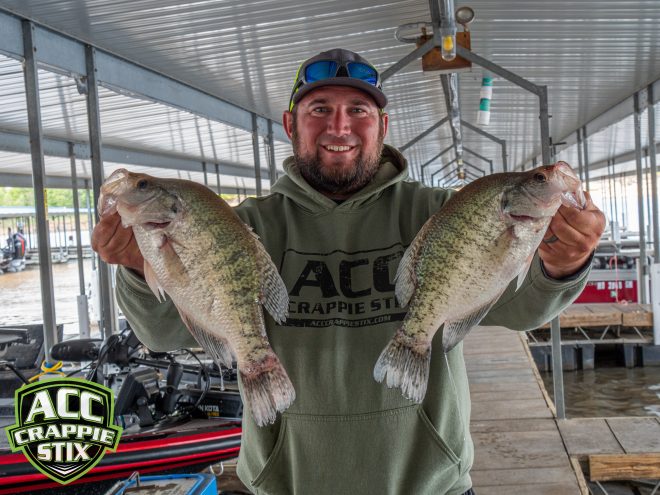 Have you ever wondered why the guy in another boat catches more crappie than you? With all factors being equal – same boat, same tackle, same lures, same electronics, same everything – that person catches more fish on a regular basis. Are his fish-catching abilities so much better than yours? Does he have a natural sense of how to best present lures? Or is he simply the crappie whisperer?

The answer is probably no to all of the above, but a certain element comes into play when one person is outproducing the other. The question must be asked: Are you spooking fish?

Consider 5 things that spook fish and ask yourself if you are guilty of any of them. If so, maybe that factor explains the discrepancy.

1)      Some of the factors that spook fish can be traced back to the fisherman. Dropping objects or failing to control objects – like a metal livewell lid – create sudden, sharp noises that resonate through the water. Even bumping the butt of a rod on the bottom of the boat creates a similar effect. And while seemingly innocent enough, loud talking or laughing is frowned upon by some experienced anglers, especially when fishing shallow water.

2)      Boat control is vitally important to avoid spooking fish. In recent years, I’ve heard numerous anglers complain about the problem of wave slap against the side of the boat, especially since the inception of LiveScope a few years ago. They see fish on their electronics screens leaving for parts unknown. Wave slap may never be totally negated on a windy day but certainly can be minimized with subtle movements of the boat, changing angles or totally changing direction.

3)      Some of the ideas just above apply to another issue involving boat control on a sunny day. Does the shade or shadow created by the boat spook fish? Honestly, a few species – bluegills and other sunfish come to mind – seem to be attracted to the shade, crappie not so much. Crappie seem to recognize the change created by a boat overhead and instinctively move away, even when it means abandoning otherwise safe habitat. If changing your approach is an option, throw your shade in a different direction.

4)      Proximity is a good thing in certain situations but not in fishing at times. Getting too close is one of the easiest ways to spook fish. That applies to dock shooting for crappie or moving a boat too close to fish spawning in shallow water. In clear water, we’ve all the dirt trails left behind by startled rough fish. We’ve also seen bass that swim leisurely away at times and dart away on other occasions. The same is likely true of crappie although electronics have only recently allowed us to see the phenomenon. Schools of crappie will literally part as a boat trolls closer and only bunch up after the boat is well past.

5)      That final point brings up another situation, the impact that motors have on fish. Some fishermen will cut their gas motors well away from an intended fishing spot and glide as close as possible. Their premise: prop wash is an unnatural disturbance that spooks fish at distances greater than expected. The same effect comes from a trolling motor. How many times have you heard someone say, “I need to stay off the trolling motor”? Even the impact of a smaller electric motor can extend several feet under a boat and spook fish.

Any experienced angler can probably add to the list above. Yet a few minor changes in the actions of a fisherman, boat management, and boat control can increase the odds of catching fish. Spooking fish may never be totally eliminated from a day on the water, but the factors that cause fish to flee can be minimized.