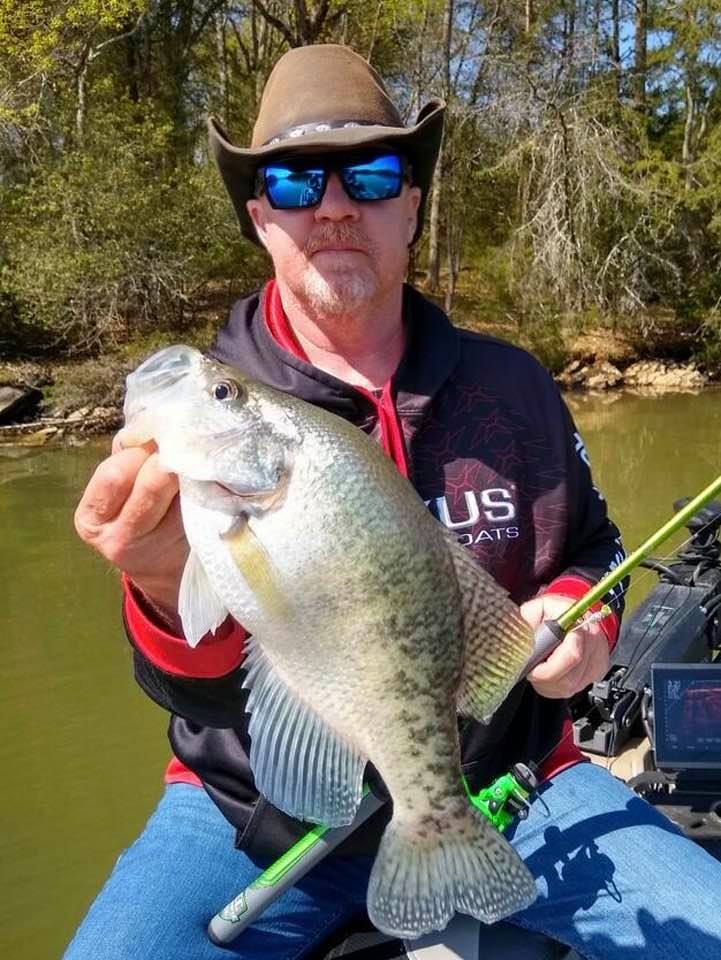 Breaking down a new fishery is something common to crappie fishing. While some fishermen stick with the comfort of home waters, others like the challenge of new and different venues. Competition also takes crappie anglers away from home sweet home and forces them to adjust to unfamiliar settings.

So what is the best approach on new lakes or rivers? Are they just like home waters or do they fish totally different?

Their combined expertise revealed some common threads while each of the fishermen supplied unique tips that can lead to success when anglers find themselves in parts unknown. Their approaches to new crappie-fishing venues included equal parts advance preparation and on-the-water scouting, analysis, and application once on location.

When asked the question about how to fish new crappie waters, both Keith Acker and Davis Lenzen, ACC pro staff members who live about a thousand miles apart, came up with the same suggestion immediately. Their idea mainly involved using technology as much as possible to prep well in advance.

Exploring various maps, both topographic and others like Google Earth, ranks as an invaluable means of advance preparation.

“The best preparation that you have for fishing a new lake is to do a little bit of study before you get there,” said Keith, who is from Louisiana but also frequently fishes Texas waters. “Look at topographical maps, look over the history if you can, go to Google Earth, find out when the lake was built, what is under the water, did they flood a series of timber or did they clear it out and you have a clean bottom. Do as much research as you can so that you know what you are looking for when you get there.” 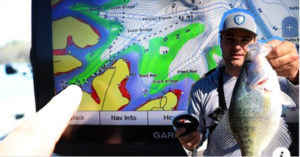 Added Davis, a Wisconsin angler best known for his Flopping Crappie videos on YouTube, “I do a lot of work looking at maps before I actually leave. I need to know what type of water I am fishing. Is it a river system? Is it a lake similar to what I’m used to fishing? Time of year is super important. I have to do a lot of research to know what the crappie are doing at a particular time.”

While neither Keith nor Davis mentioned seeking information from social media, various platforms can provide good ideas although group pages can be a mixed lot. Some provide solid advice while others are replete with sarcasm and with cynics. In the short term, Facebook and other media may seem like a good source of information. Just learn to filter the good from the bad.

Guide reports typically point visiting anglers in the right direction although the positive will always outweigh the negative. Their posts are generally intended to promote business much more than overall quality of fishing. For legitimate information, rely on the guide who points out the difficult days when they occur as much as the overly productive ones.

The time arrives, however, when the advance prep is complete and the trip is imminent. The joy of exploring new waters remains a main reason to seek them out. The time arrives to put the planning to work and execute.

“I really like to just get out and explore,” Keith said during one of his pre-fishing days on Watts Bar. “I just wanted to come here and have a good time. It’s a different type of tournament, so I didn’t plan as much in advance as I normally would.” 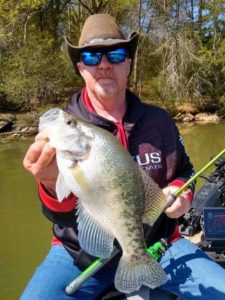 Even so, Keith still had a general idea of what he would do once on the Tennessee Valley Authority reservoir. He said that type of knowledge saves time once the boat is launched.

Davis found the same thing was true once he got to Watts Bar. He said his advance work pointed him in the right direction and made his practice days more efficient.

“On my first day, I caught a 1 lb., 10-oz. crappie for my second fish,” he said. “They were on those secondary points with some brush and structure on them. I found some stumps holding fish, right where they should have been. I guessed right.

“You don’t really know for sure. I’ve never fished Tennessee before. I guessed right the first time and just kept finding little places like that one on the map up and down the river.”

The pattern led to several catches over two lbs. for Davis during the course of a week’s fishing.

The word pattern is a key for Keith as he fishes new waters. He doesn’t try to re-invent the game when fishing new lakes. The crappie on Watts Bar were in pre-spawn mode for the most part – a severe cold front the previous week had pushed the fish off the bank – and Keith applied his understanding of general crappie behavior to find quality fish.

The most useful one was targeting big pre-spawn females roaming in open water. While brushpiles and other structural features were loaded with keeper crappie, the biggest fish were more solitary and nomadic. The approach allowed Keith to win one segment of the hourly weigh-in Big Crappie Bash and finish second in another.

“One of the misconceptions now is that people go buy LiveScope, think they can see fish, and not know anything about crappie fishing,” Keith said. “The biggest thing is that you need to know crappie first. If you understand crappie and understand (fish) habits, then patterns will form whether you are in the South, the middle of the country, or in the North. They apply, or at least seem to apply, just at different stages because of water temperature.

“It’s pretty consistent (across different fisheries). Those females only roam prior to the spawn. There’s always the exception, but typically a crappie pattern is a crappie pattern regardless of the lake that you are fishing.”

Keith took some time to explore various parts of the sprawling lake but ultimately concentrated his tournament efforts close to the ramp. I shared the boat with him on one of his practice days, and he ran roughly 15 miles up the lake, only to find very limited potential there.

The trip served a couple of purposes for Keith. He was obviously in search of fish, but he also needed to see for himself – not just look at a map – the lay of the lake.

“You need to find different areas that will allow you to fish with wind blowing from different directions, protected from north wind, south wind, etc.,” he said.

Just as Davis suggested, early impressions can be good.

“If you can find an area that has fish and you are able to fish it, there’s no reason to go look elsewhere, especially if you are fishing a tournament,” Keith said. “Don’t leave fish to find fish.”

Davis added another tidbit, something like “fishing is fishing.” Despite all the planning and prep work, both in advance and on the water, the plans don’t always come together. Davis ventured 15 hours from home late last summer to fish the fabled Big 4 lakes of Mississippi.

Even lakes with such a good density of trophy crappie can humble any fisherman.

“The Mississippi lakes, that trip was tough,” Davis said.

I joined Davis at a remote ramp on Grenada Lake on the trip late last summer. When I arrived in the area at mid-morning, the remnants of a tropical storm were blowing through central Mississippi. When I finally found the ramp, Davis was soaked, his boat was soaked, and the crappie were in a negative mood.

What was Davis’s plan? Try a different lake. We drove over an hour north to another of Mississippi’s famed crappie lakes, Sardis, and met similar conditions, wind, rollers that challenged Davis’s boat, and general fishing conditions not conducive to a hot bite.

Later in the trip, he fished Arkabutla under better conditions but with similar results in terms of catching crappie.

“You can do the best job planning possible,” Davis said. “The variables sometimes get in the way.

“(Later in the trip,) I fished Arkabutla for a day and had never fished one like that before. Absolutely no cover! No weedlines, no structure, just nothing. All the fish are roamers. I’ve never experienced that. It’s always tough when you experience something totally new.

“It can be really frustrating, especially in terms of trying to produce content. You have a different mindset if you’re tournament fishing when the clock doesn’t start until three or four days later. For me, I need to be producing a video as I’m trying to learn a lake.”

The plans do come together at times, however. Both Keith and Davis learned a new lake like Watts Bar will produce if the fisherman allots enough time to learn and to explore.

“This is a lake where things came together for me based on advance preparation and what I encountered once I got here,” Keith said. “It doesn’t always work that way, but this trip proved to be a great experience in learning a new lake.”