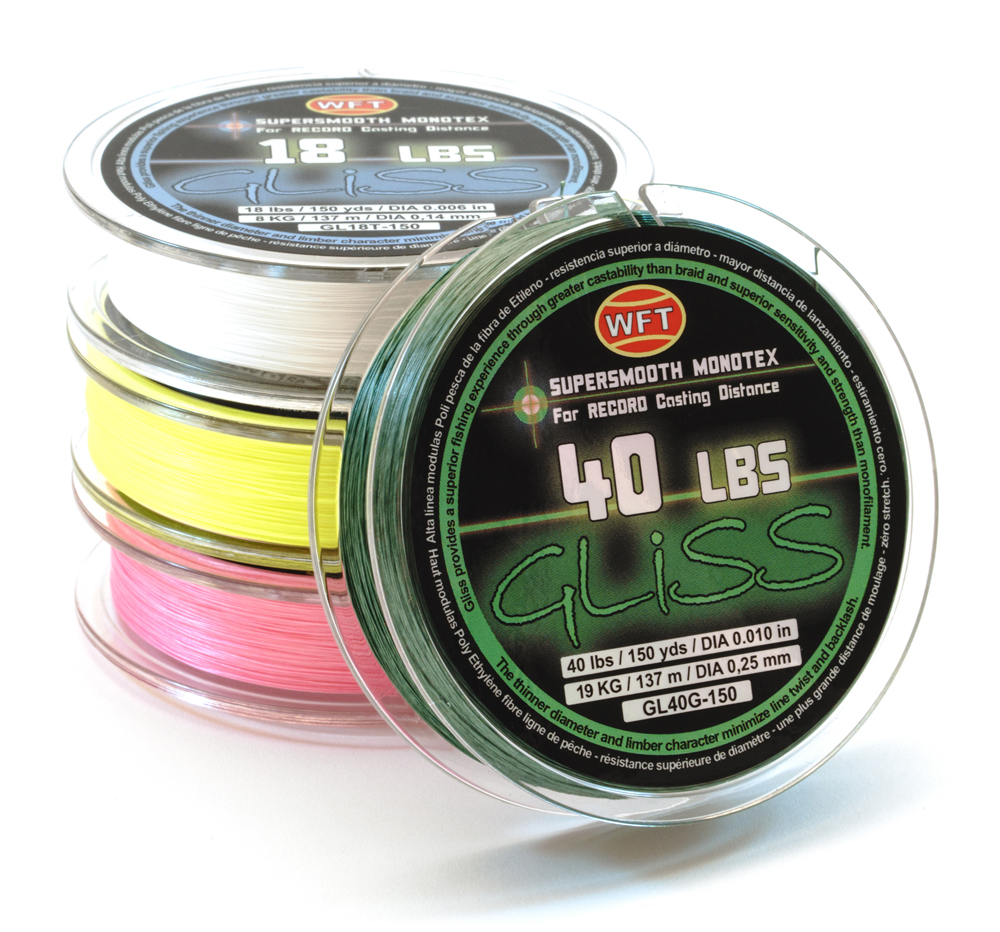 They tinker, they adjust, they change. Finding the perfect line for crappie fishing is always part of that equation. One expert suggests braid. Another proposes fluorocarbon, while others fish with a combination of the two. At least a few stick with old-school ways and spool with mono.

Oklahoma guide and ACC Crappie Stix pro staff member Don McClish (PointBreak Crappie Guide Service, 918.316.3363) has made his change after years of experimenting with the typical offerings available. He came across something of a new type of line roughly 5 years ago, and he said he’ll be using it as long as it’s available. 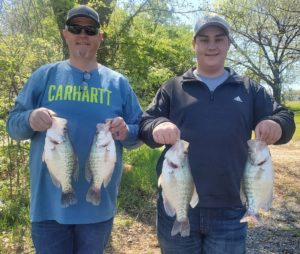 The line is Ardent Gliss, which bills itself as a 4th type of fishing line with unique characteristics that separate it from mono, fluorocarbon, or braid. Among its best qualities, Gliss outperforms most other lines in casting distance, in strength compared to diameter, and in sensitivity. It is also said to have zero line twist.

“I’ve been with Ardent Outdoors for five or six years,” Don said. “I came in contact with it through Ardent. It came from or was developed in Europe.

“I started out with it five years ago. It is a little bit of a acquired taste, something a little different, especially with such thin diameter. With the 18-lb. and smaller, I was having a little trouble with breakage. Come to find out it wasn’t the line itself.

“I stepped up to the 40-lb., and I have no problems catching crappie or anything else. I’ve caught a 60-lb. flathead with it. If I can land that, I definitely trust it with anything else.” 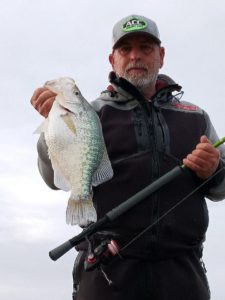 Explaining the composition of the line gets a bit technical. The Ardent Outdoors website probably does it as well and as simply as anyone. The following description comes directly from the Ardent website (www.ardentoutdoors.com).

“Gliss is a new 4th form of fishing line that is produced by a breakthrough extrusion process of high modulus polyethylene fibers. Glass has qualities of both monofilament and braid. Gliss has zero stretch and the lowest diameter to breaking strength of any line. .010 diameter Gliss equals 4kg/8lb strength.”

In the simplest terms, the extrusion process forces multiple polyethylene fibers into a single strand; thus, Ardent calls Glass a “monotex” line. In terms of cost, Gliss falls roughly halfway between mono and a decent fluorocarbon.

A quick online search reveals the line is readily available from most of the national fishing tackle outlets although prices vary considerably from site to site.

Don, who guides primarily for crappie on his home waters of Lake Eufaula in Oklahoma, said the line matches up perfectly with his ACC Crappie Stix and the reels he uses. He has found the positives far outweigh the negatives when the time arrives to spool his “spin cast” reels, Ardent Finesse models ranging from the 500 up to the 2000.

“One of the great things about it is you get zero twist,” Don said. “Like with braid, eventually you will get that invisible kink and set the hook and break off. I have never broken off due to line failure. I was getting breakage at the knot loop where it goes through the eye. It was doing it with the Gliss and with braid, so what I started tying a double knot. I have had zero breakage since.

“The only downfall after heavy usage – it is extruded — so it will get some separation (or fraying) down around your jig or four or five inches above.

“It’s almost like a dental floss, super slick. I use it exclusively on the spin cast. As far as baitcast, I haven’t tried it.”

The online buzz gives Glass bonus points for casting distance, for lack of line twist, and for sensitivity. The one negative, again coming from various fishing forums, is durability. Don said he hasn’t experienced problems, especially since bumping up to the 40-lb. test, which is .010 in diameter or roughly the same as 20-lb. braid.

“I really think the prior breakage issue was the result of the jig eyes,” Don said. “They are almost like a dull knife blade after I inspected them. It was getting really irritating breaking off whether I was using Gliss or braid. After changing my knot and doubling the line that comes in contact with the jig eye, I don’t break off.”

The implications for using Gliss are many, a line that exceeds the strength of similar diameter braid, that casts better and farther than other types, and offers sensitivity matched perhaps only by fluorocarbon.

“It’s good for what I do,” Don said. “I’ve used it with just a few problems and those were corrected. I’ll keep using it as long as they keep producing it.”