Day 4: Why Proper Boat Position Is Critical to Catching Crappie 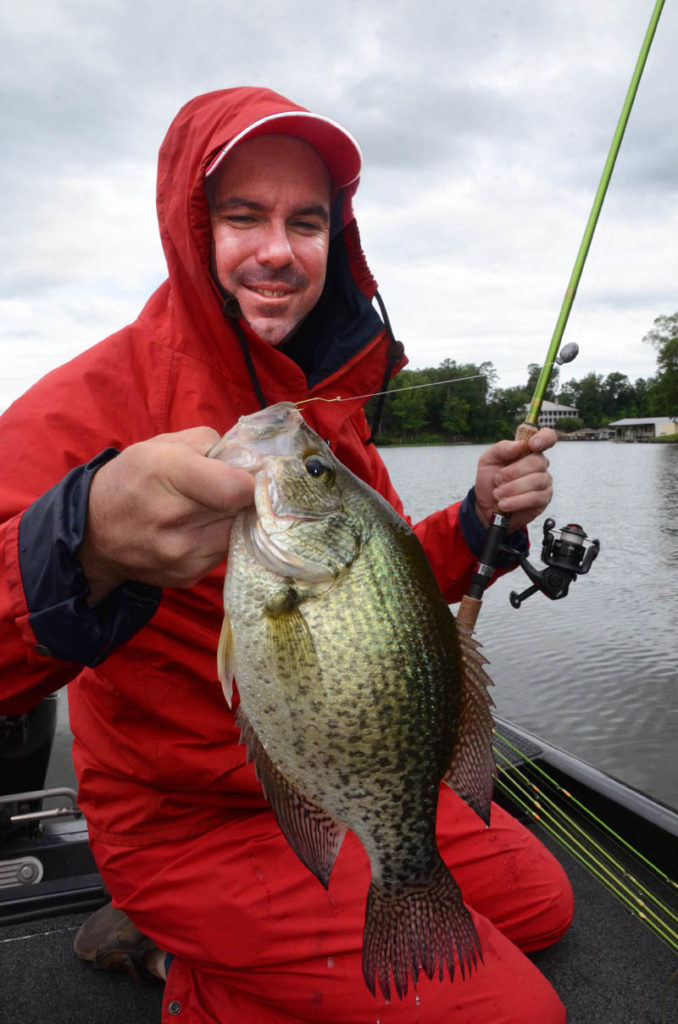 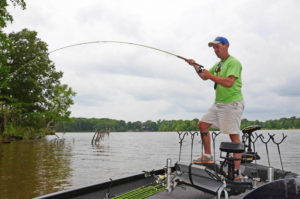 Editor’s Note:  Jonathan Phillips of Wetumpka, Alabama, guides on both the Coosa and the Alabama rivers and lakes, mainly Lake Jordan near his home, and fishes crappie tournaments with his wife, Alicia, as his partner. He’s the winner of one state crappie championship and has had numerous wins with top-10 finishes in state and national crappie-fishing tournaments.

On certain rivers to catch crappie, you must use a different strategy from what you may use to position your boat on your home rivers or lakes.  For instance, at this writing at the end of January, 2019, I’m preparing to fish a tournament on the St. John’s River in Florida. On that river, I want my boat to move with the current, so that my baits will swim more naturally in that river.  I’ve learned the hard way that if you don’t allow your boat to move with the current on the St. John’s River, you may not catch any crappie. However, on the Alabama River near my home, I’ll hold the nose of my boat into the current with my trolling motor and throw a 1/8-ounce jig out in front of the cover on the bottom. Then as the jig falls, it swims right by the place where I think crappie are holding. 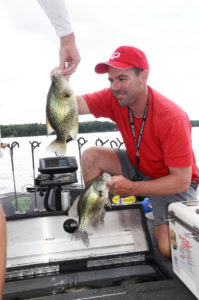 Fishing an eddy in a strong current may mean that you’ll have to reposition your boat several different times to continue to catch crappie. If you’re fishing upcurrent, and the current takes your bait on the outer edge of the eddy and swims it through the eddy, 30 seconds later that eddy may change directions, and you may have to fish your jig in the opposite direction. When you’re fishing eddy holes in a strong current, you must be aware that two currents occur together in a eddy at the same time.  There’s a downstream current coming into the eddy, and a reverse current that causes the water to flow upstream on the opposite side of that eddy. Those two currents also may switch directions. Keeping your boat in the right spot to fish an eddy can be a pain in your rear. I try to run my jigs on the upcurrent side of the eddy. Crappie usually will sit where there’s the least amount of current and then ambush the bait that’s coming on the downcurrent side of the eddy. If the eddy is being caused by a stump underwater, I want my bait to swim by the sides of the stump and very close to the offcurrent backside of the stump. As soon as the crappie takes the bait, the fish will run back to that slack water behind the stump. 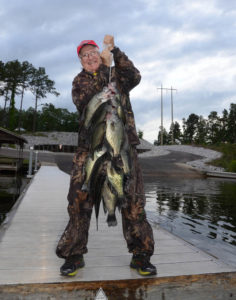 When you’re fishing in the winter, and the area you’re fishing has little or no current in the lake or the river, the crappie tend to spread out more.  Once the current stops or slows down, crappie have more trees, stumps, logs and rocks where they can hide to ambush bait. For me, I’ve found that a slack current or no current seems to make finding and catching crappie more difficult. But for most crappie fishermen, the only time they’ll go fishing is when there’s little or no current moving through a lake or river in the winter months.