Day 2: How to Deal with Crazy Winter Weather When Crappie Fishing 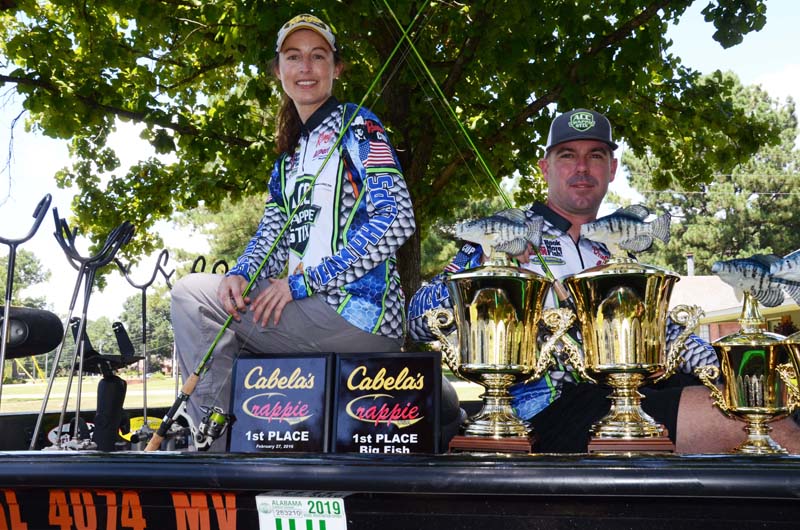 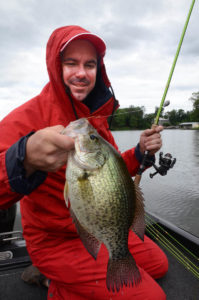 Editor’s Note:  Jonathan Phillips of Wetumpka, Alabama, guides on both the Coosa and the Alabama rivers and lakes, mainly Lake Jordan near his home, and fishes crappie tournaments with his wife, Alicia, as his partner. He’s the winner of one state crappie championship and has had numerous wins with top-10 finishes in state and national crappie-fishing tournaments. 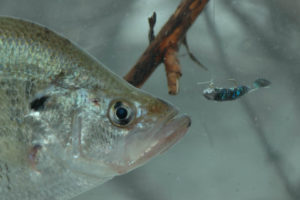 In my home state of Alabama in the colder months – mid-December until mid-March – we may have 60-70-degree weather down to 0 degrees. I’m often asked, “How do you adjust for weather changes when fishing for crappie during the winter months?” When our area  enjoys 50-60 degree weather due to a warm front moving in, often anglers will say, “The weather’s warming up, the crappie are moving closer to the bank, and I need to get  my Crappie Stix and go crappie fishing.” But my perspective is that if I’m fishing in the winter, I prefer the weather to be cold. If where you live has cold weather during the wintertime, then you can fish the same pattern to catch crappie all winter long. However, if your region has abnormally-cold or warm weather during the winter, the crappie will change their pattern. 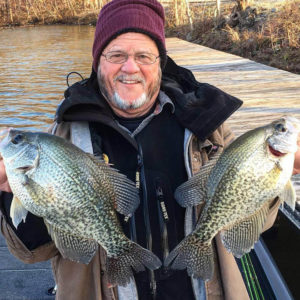 In 2017 and the beginning of 2018, our section of the South had abnormally-cold weather. But in the winter of 2018 on into 2019, we’ve had abnormally-warm weather for that time of year. With unusual temperature changes during the winter that last for a day or two, the crappie may scatter, rather than holding in tight groups.  For instance, if crappie are holding in their deep, winter homes – maybe 20-feet deep – and  there’s two weeks of 70-degree weather in December or January – those crappie may rollout from  their winter homes, scatter and be very difficult to locate  and  to catch.  If there’s 70-80 degree weather in December, January or February, and then there’s two weeks of cold fronts that hit, people will wonder, “What will the crappie do?”  Probably most anglers think crappie go into panic mode.  However, I’ve fished enough tournaments across the country to know that a cold front may slow down the spawn, and not as many crappie will be coming to the water to spawn.  But if your place you’re fishing has a strong, cold front just about the same time the spawn hits, the crappie may move out to 200 yards from the spawning flats  and/or go to the first drop-off near the spawning flats. Those crappie are in the mood to spawn, and they don’t want to move very far from where they’ll  spawn, once the weather gets right. 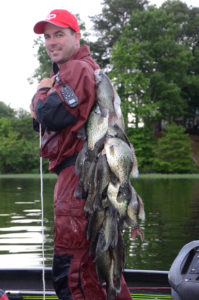 I‘ve surprised myself in tournament crappie fishing when I’ve had frost on my boat in the morning, and then gone out and caught crappie in shallow water. I’ve found that the first drop-off closest to the spawning area is your most-reliable site to fish when a cold front moves onto a lake just before or during the spawn. Sometimes those crappie will be schooled-up in big numbers.